James Baker tells us how he came to write “A Life In Death – Memoirs Of A Cotswold Funeral Director”.

It wasn’t originally my idea to write a book. My cousin, a professional author, suggested I do it. At the time he was halfway through a four book series portraying survivors in a post-apocalyptic world overrun by the virally-reanimated undead, so naturally I was skeptical about his suggestion. I continued toying with the idea for a few months – an undertaker’s memoir I mean, not an undead apocalypse – but I still wasn’t convinced.

However, we had a quiet period at work and with time to spare I started making notes of all the stand-out moments, experiences and turning points of the first 25 years of my career. (Incidents involving the marauding undead were notably absent.) The blueprint was there, but would the book-buying public be interested?

I took some encouragement from how ‘Don’t Drop The Coffin’ by London funeral director Barry Albin-Dyer was popular enough to warrant its own television series. But the thing that really convinced me was how ‘Don’t Drop The Coffin’ was characterised by its larger-than-life London setting, whereas my potential book would be set in the West Country. I saw an opportunity for a whole new perspective on the subject, telling the story of funeral directors in the anything-but sleepy countryside.

I was daring to think that maybe, just maybe, I could actually pull off this whole writing-a-book idea. But the biggest challenge still remained: would I be capable of writing something with enough substance that readers would feel they’d got value for money? The best novels take the reader on an adventure into a world far removed from their own, with vividly portrayed locations, interesting characters and a transformative journey for the story’s lead character. Meanwhile, the best non-fiction gives the reader genuine insight into a world or subject to which they’d never otherwise be able to gain access . So I needed to produce an informative non-fiction work that still gave the reader all the entertainment value of a fictional work too: the funeral directing equivalent of a James Herriott book perhaps.

Hmm, I thought, no pressure then…!

Wondering how on earth I could achieve that, I cast around for inspiration before realising the answer was right outside my window.

Rather like James Herriott, I, too, am a product of the locality I serve; in my case the town & district of Stroud, tucked below the western escarpment of the Cotswold Hills. It might sound like the kind of rural idyll everyone thinks of when Gloucestershire is mentioned, but Stroud is quite unlike the normal Cotswold stereotype. Yes, it’s set within picturesque rolling countryside, but it’s a dowdy, workaday kind of place and well known for its arty contingent. Stroud has been described as both “The Covent Garden of the Cotswolds” and “Notting Hill with wellies.” 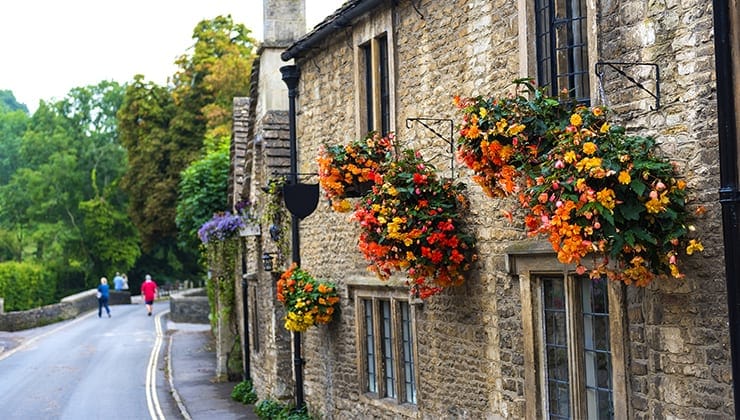 However, ‘the Cotswolds’ is always a good label for attracting readers seeking a bit of escapism, so I thought putting this beautiful part of the world against a combination of my rather loopy, un-stereotypical town and the funeral profession – itself a parallel universe all of its own – would provide a unique offering for potential readers.

Having by then committed myself, my overriding aim was to address, clearly and honestly, all the questions people have about the world of the funeral director and to illustrate what it’s really like to do this work. What’s it like to handle a dead body? How do we cope with the death of a child? How do we deal with those mercifully rare but sadly still inevitable occasions when something goes wrong?

I was determined to avoid the usual tired anecdotes about funerals and the kind of stories you hear down the pub: ‘My mate works at the crematorium and he says…’ Likewise there was to be no place for anything overly-sentimental or exploitative either. Above all I wanted to convey my experiences from a very personal angle so readers could relate to them enough to draw their own conclusions about what funeral directors actually do. Also to show how,sometimes, the truth really can be stranger than fiction.

Quite apart from discovering the joy of writing, focusing on the human element made me realise just how rich with experience and learning my working life has been so far. I also found the whole exercise of assembling those twenty five years into a narrative unexpectedly cathartic and affirming.

I submitted my manuscript to various publishers but unsurprisingly none felt my book was commercial enough for them. So , instead, I diverted down the self-publishing route, finding myself launched into another adventure equally as enjoyable as actually writing the book.

However, being the nation’s leading Luddite, I completely underestimated the popularity of e-books and instead concentrated on having a paperback produced, with the Kindle edition almost a grudging afterthought. My only ambition had been to sell enough copies to cover my costs, but I quickly found that my Kindle sales alone would have put me in profit within weeks if I hadn’t also produced a costly printed edition.

That’s not to say I’m writing this from the deck of my yacht in Monaco, but I have been truly amazed by the success the book has achieved. And the royalties have meant I can afford Marmite on my toast…on high days and holidays at least.

A Life in Death – Memoirs of a Cotswold Funeral Director is available from Amazon.

Wendy Clarkson: The Privilege of Being A Celebrant