Can I be buried on private land? This is a question being asked more often these days. Private Land Burial is a subject Michael Gill understands. Here he shares some thoughts from his experience and gives his perspective.

So, according to Emma Lewell-Buck MP, funerals are now so expensive people are being forced to bury their deceased in their own back garden,  and I, as a Funeral Director of thirty years standing should, presumably, be preparing our company for more home burials than we have seen before.

Presumably, Ms Lewell-Buck has some evidence to back up her statement. Maybe home burials are becoming more attractive in South Shields although I would guess it may not be because of economic factors. So what is the reason?

My personal feeling is that ease of visiting and being near to family is not the main sentiment. It is usually the interred who wish to be buried in this way, not the remaining relatives. It is, I think, a wish to remain in a place you loved in life, and to remain there undisturbed. Does it work?

It’s an almost unavoidable fact that, whatever one person buries, given time, another will dig up again. Even established cemeteries reclaim land from old, unattended burials, either by exhumation or ‘cover and cut’.

So, is it the feeling that being buried on the family ‘estate’ is more under the control of the bereaved.

I looked after the exhumation & re-interment of Victor Hervey, 6th Marquess of Bristol, who is now buried in the family vault of the private Church in the grounds of Ickworth House, Suffolk.

Effectively a garden burial and fairly secure as the estate is now owned by the National Trust. So, if this is the security you are looking for in perpetuity, with an estate in Suffolk, you can achieve it. Should your estate amount to less than 250 acres however, last week’s exhumation would suggest garden burial isn’t going to do it. 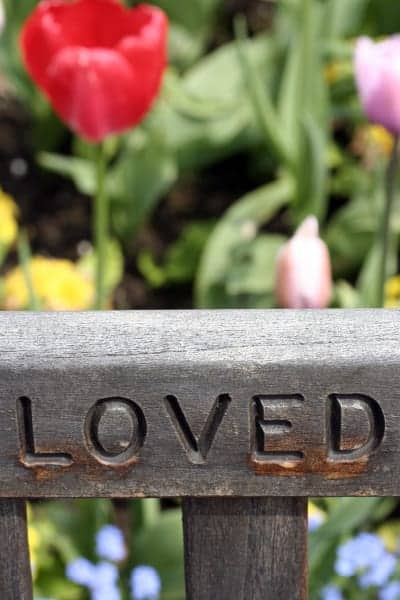 As long as it is known that deceased people are present on the property someone will wish to remove them, either future owners or neighbours.

Anonymity seems to be more effective. King Richard III remained undisturbed beneath a car park in Leicester for over five hundred years (although it obviously wasn’t always a car park) and Oliver Cromwell still lies undisturbed somewhere beneath what is now Marble Arch – both due to their graves being unrecorded, not an option available to garden burial as a register has to be added to the deeds.

There may be another advantage to garden burial that explains the renewed interest; ease of exhumation.

In my experience the most common reason for arranging an exhumation is relocation of the family. Having spent their working lives away from their roots, people wish to return home and want to take their deceased relative with them.  Bury in your back garden and when the family are ready to move, the permission is issued by the Ministry of Justice in a matter of days.  Bury in a cemetery and it is possible that the plot could be in ground consecrated by the Church of England.

The view of the Church is that burial is in perpetuity, although, considering how many Church Yard projects I have advised upon, even those buried within the Church grounds are not immune to disturbance. The Faculty document is, however, in consequence, a nightmare permission to gain.

So, is it a good to tell your family to ‘bury me in the back garden’? I think that can only be a purely personal sentiment and all the arguments in the world will not change someone’s mind if that is what they feel they should do.

The exhumation referred to earlier in this article was that of an elderly couple whose whole lifestyle appeared ‘different’ and may not be representative of the reasons behind most people’s interest in home burial. Their case does, however, illustrate some problems associated with the practice of saying ‘bury me in the back garden’.

Their exhumation was an exercise in keeping a low profile whilst many curtains twitched. The burials had caused huge local debate and the exhumation just the same. How would you feel if your neighbour had their own private cemetery in their back garden?  The new home owner’s decision was taken with a heavy heart, knowing that their last wishes must be overturned in order to prevent the property falling into decay.

I wouldn’t wish to place my descendants in such an awkward position, would you?

This article was orginally published in More to Death, the official magazine to The Natural Death Centre. www.naturaldeath.org.uk

Facebook
Twitter
Linkedin
Previous articleHow Do You Register a Death?
Next articleHow to Behave at Funerals
- Advertisement -