Every Heard Of A Digital Post-Mortem?

Matt Chandran, the man behind iGene Digital Autopsy, tell us how his very unique business was created:-

I was born and raised in the remote village of Johor Bahru, Malaysia.  I grew up in poverty with a housewife mother and a rubber tapper father. I would like to think that I have been lucky despite the harsh conditions, my parents ensured that we were as insulated as could be from day to day realities and their focus on education was the single largest “investment” made with extremely limited financial resource.  Lucky too that in Malaysia there was free education and basic free healthcare left behind by the British system.

Upon completing my education, I worked for three global multinationals, covering R&D, Business and Investment Management. I acquired good local and global exposure, mentored by good bosses that have been instrumental in me growing as a professional. I always believe that to have a good start in one’s professional career, you need to have a great boss.

I studied life sciences, specializing in biochemistry and chemistry, I have always worked in techno-commercial areas. I love science.

The idea behind Digital Autopsy was planted by an American entrepreneur. It was his observation that computers could one day digitize human bodies and that investigation could be done digitally, observing a human body in 3D rather than the physical body. These days imaging of the living is at quite an advance stage and one should be able to move it up a notch to a completely new level in terms of technological wonders!

I had the opportunity to talk to him about my thoughts and he concurred that I was thinking along the right lines. It gave me the required conviction that I had an initiative worth pursuing. My hope was that it could literally change the ugly face of the post-mortem examination.

I could also directly empathise with the families of those who are affected. We lost my younger brother at the age of 2, when he underwent an unsuccessful surgery, that resulted in a post-mortem examination. I saw the devastation in the face of my mother.  Her words still ring in my ears from that horrible day….’the greatest pain a mother is subjected to is the pain of seeing a child die earlier than the mother’….

Although this experience was never the primary driver, it still makes me think that each and every time a person gets dissected at a post-mortem examination, we have collectively failed, simply because we have what it takes to prevent such things, saving the family further pain and treating the dead with greater respect.

I was and am not upset about traditional post portems but I am frustrated by the need to do them. Today, there is a clear alternative, a much superior method, which is also highly efficient and effective. It brings cost savings and makes the pathologist’s job easy and more elegant. It provides the respect that is deserved to the deceased, and to the family, especially at such a distressing time.

Certain faith groups crave this fantastic solution but again it is a solution for greater humanity not just for faith groups. I also think that politically it is the right thing to do. Therefore, I urge everyone to come forward and make this change, a change that is absolutely necessary and is clearly better for all. 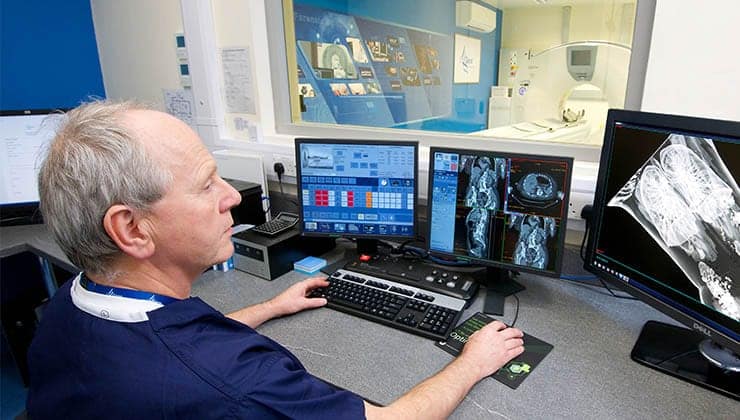 The barriers are many, some do not apply today as the world has changed a lot in the last 2 years since we first started our operation in UK.  We have passed many milestones, transforming the old world into a new one. A world that promises and accepts more.

Lack of willingness and leadership among people at various levels has been the hindrance to the pace of change and the priority is typically perceived to be the world of the deceased and not those left behind.

We are happy with the progress made, just like any development, the pace could always be better. We are determined to drive the changes with the help of those who are willing and are assisting us to make this happen. We do appreciate the fact that Rome was not built overnight.

We have 3 fully commissioned and in-service facilities at Sheffield, Bradford and Sandwell.   Our aim is the optimal number of between 15 and 18 facilities which we have planned as part of a UK network.

Five more sites will be opened soon, in Cambridgeshire, Oxfordshire, in and around greater London and also a southern site in a place, such as Bournemouth.

For those who live and die in the Sandwell jurisdiction, this fee is paid for by the local council.  Our experience shows that should there be a request from the family for Digital Autopsy, there is no objection from the coroner.  In rare cases, where for whatsoever reason, the coroner might decline the request for a Digital Autopsy, the recent case of the UK High Court ruling in the favour of family shall take the precedent I believe.

The movement of the body will be arranged by the coroner’s office once there has been a request for Digital Autopsy. In most instances, our facilities are next door or within existing mortuaries.

The fee is GBP500 + VAT.   For families in financial difficulty, an instalment payment can be negotiated with our office.