The nightmare of having to tell your child that you're dying is impossible to imagine but for some people it is a reality. How do they manage?

The nightmare of how to tell your child that you’re dying is something hard to imagine. Both of Sydni Dunn’s parents died from AIDS-related complications by the time she was eight. Her father, Kern died first, when she was three.

At his funeral, there was a little stool that adults could kneel on, which meant she could climb up and see him at eye level. Dunn remembers her dad as outgoing, stylish, artistic and a bit of a prankster. They both loved the movie The Land Before Time. Dunn says she sees a lot of her father in herself.

“I probably got his personality” says Dunn a communications specialist. “But every other fibre in my being is my mum. She shaped everything about me.”

After Kern died, Dunn’s mother, Joleen, became responsible not only for memorialising Kern for their daughter, but also for preparing her for Joleen’s own death from AIDS. Because Dunn was an only child, she says Joleen raised her to be independent, and had regular conversations with her about what would happen if Joleen died.

On one occasion when Dunn was about six, she and Joleen were returning from the cinema and Joleen explained that if she died, Dunn would go and live with her aunt and cousins.

Joleen passed away in a hospital when Dunn was eight. Although Dunn says no one can truly be prepared for a parent’s death, she believes she and her family were as prepared as possible. “My mum had made very clear what kind of life she wanted me to have and the kind of person she wanted me to be,” Dunn says. “She prepared me as well as a mother could prepare her child for her own death.”

It’s a parent’s job to equip their child with the skills they need to eventually survive them, but few parents expect to have to complete their work when they’re still young. Telling children that a parent is terminally ill or has a life-threatening illness is one of the hardest things parents can do, says Ryan Loiselle who works at a grief centre and is also a former hospice social worker.

A 35-year-old father asked Reddit for advice on how to tell his four-year-old daughter “How do I tell her? How can I tell my little girl daddy’s going away? How the hell am I going to break her heart like that?”

When parents find out they only have a few weeks or months to live, Loiselle recommends they tell their children in a safe, warm place with no distractions, preferably with another trusted adult present It’s important to let the child know up front that it’s okay if the child cries, and the parent may cry too.

“A lot of parents will say, “I don’t want to cry in front of my kids,” Loiselle says. “Please show emotion in front of kids because you’re showing them healthy coping skills and modelling the appropriate behaviour, then follow it up with ‘I’m sad because…”

Be Accurate with Information

Loiselle says to tell children the most accurate information available, broken into age-appropriate pieces. For example, if a parent has metastatic cancer, they may say that they have sickness in their brain, but the doctors are going to do everything they can to try to treat it. In cases where the parent has an incurable condition, they might say that there are sometimes problems that doctors can’t fix.

Although a parent with a life-threatening condition may want to reassure their child by promising that they won’t die, Loiselle recommends parents avoid over promising.

Shielding children from the possibility can create confusion for them. Instead, he says parents should explain that although most people live a very long life, that’s not true of everyone, but the parent will be with their child for as long as they can be.

After having the conversation, Loiselle says it’s important to give the child time to process and ask questions. Sometimes children will go out to play and parents will interpret that as the child being dismissive, but that can be one way children work through information. 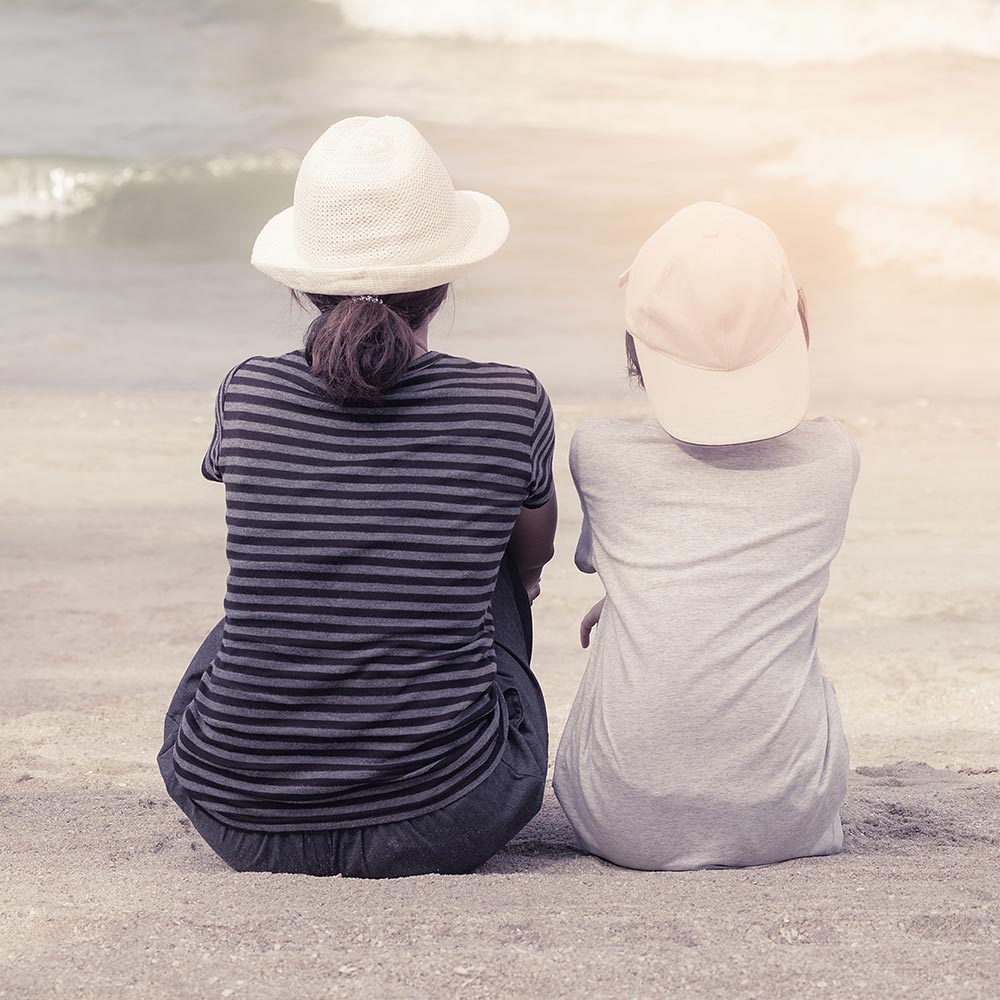 Throughout the parent’s illness, Loiselle advises providing little bits of information at the time, depending on the kids’ ages and what they want to know. With older children, parents should ask directly how much information they’re comfortable knowing about the parent’s condition, and how they would like the parent to stay involved in their daily lives. “The parent should make the child in control of how much they want to know,” Loiselle says.

Allowing the child to determine how much information they can handle also helps parents avoid over-sharing or using the child as a confidante. Crying uncontrollably in front of children can be scary for them, although parents should be truthful about the illness and show emotion about it, says, Loiselle.  Similarly, the parent will need to have private conversations with their partners or other adults about their illness that won’t be appropriate for children to hear.

Wendy Clarkson, celebrant and funeral director believes we must involve the children.

“We still want your 12-year-old to be a 12-year-old,” Loiselle says. “It’s that balance of figuring out what the kids want to know and making sure the parent can filter.”

Talk about What Comes Next

Loiselle advises parents and families to be careful about how they talk about the concept of heaven or an afterlife with children who are younger than 10, though he says parents shouldn’t feel like they have to avoid it if they believe in an afterlife. The challenge can be that death is already an abstract concept to children who haven’t experienced it before, so hearing that they’ll see their parent again in heaven can make them wonder why they can’t see their parent whenever they want. Loiselle recommends using concrete examples of what the parent will no longer need to do when they die, such as eat, wear clothes, drive a car, or sleep, to help children understand death as a physical state.

If the child is going to be present for death, Loiselle recommends telling them how their home or daily life will change. If the parent decides to die at home, explain to the child that there will be hospital equipment or visiting nurses in the house, or that the parent may start taking medication that affects their behaviour. After preparing the child for what they may see, the surviving parent or guardian should ask if the child wants to be with the parent when they die, or if they want to say their goodbyes and go to friends’ or family members house. Giving them the option again gives them the power to determine what they can handle.

As a parent prepares for death, Loiselle says that they may want to write letters for special occasions in the child’s future, or record videos. After the father from Reddit died, his daughter’s mother posted an update that he wrote describing how he spent the remaining months of his life painting, colouring and making home movies with his daughter. He also recorded himself reading Harry Potter books, sent emails with memories and advice to an account he set up for her, and bought her wine that was bottled on her birthday to be opened when she graduated, married and had her first child.

“Goodbye Monkey,” he ended his post. “I’ll always love you.”

Dunn says that when she was a child, she used to wonder, Why me? What can’t I celebrate Mother’s Day?

Over time, and as I’ve gotten older, I’ve remembered the moments I had with them and cherished them,” she says. “Instead of Why did they leave me so soon?, I ask What did I get out of the time that I had?”