Understanding the growth of Tribute Fund schemes supporting charities in memory of loved ones.

Jonathan Davies, Founder of the Tribute charity Much Loved, outlines some ideas about the recent growth in Tribute Fund schemes being offered by charities and the possible benefits to Funeral Directors and the families they support.

In Memorial Gifts and Legacies

There’s clearly nothing new about the concept of in-memory gifts, whether it is the deceased leaving a legacy in their will or the next of kin marking their death in some way, often through an in-memoriam donation to a chosen charity.

Over the last few years there has been a move towards greater personalisation of the funeral with an array of keepsakes and memorabilia offered such as jewellery, urns, memorial books and videos. There are many reasons for this and ideas include greater secularisation (a need to replace religious ceremony and iconography with something else), higher cremation rates (the decline of the graveyard as main focus of remembrance) and a more expressive society (where people are empowered to be more open with their emotions). For my own part, I wouldn’t underplay the impact of an increasingly consumerist society and an associated snowballing of client expectations for all products, including funerals.

In tandem with this personalisation trend, there has been a growth in the requests for donations to be made to a chosen charity in lieu of flowers at the funeral. This might be to support a charity that researches the cause of death (such as a cancer charity), one that helped with care or treatment (such as a hospice), a condition suffered (such as an asthma charity) or one loved and supported in life by the deceased (such as an aid charity).

Through all of this, the Funeral Director has generally been happy, as part of the service they offer, to be the conduit for all of the donations through to the charities, despite the administration cost that this entails.

It is estimated that over £100 million a year is now donated at funerals and the growth in these donations is sometimes explained as a move away from wasteful cut flowers that bloom and then fade so quickly after the funeral. There is however a less negative explanation in that it is reflecting a proactive reaction by the bereaved wanting to do something positive and lasting. Both research and common sense demonstrate that it is helpful and beneficial in the grieving process to raise money for a good cause in their memory, at a time when you can feel completely helpless and bereft.

Recognising the Motivation for Giving

Charities have increasingly wanted to recognise this important and special motivation for giving – in essence that the reason for the donation is not the charity itself, but the person who has died. The desire to better recognise this distinct and unique motivation for giving has been the trigger behind the establishment of formal Tribute Fund schemes by many charities.

One of the earliest schemes was developed by the Motor Neurone Disease Association over a decade ago, offering supporters the ability to have a fund set up in the name of their loved one to act as a ‘wrapper’ for all fundraising in their memory. Crucially, this fund structure facilitates not just a one-off gift, but ongoing fundraising over a period of time, plus it welcomes participation by other family and friends, so that anyone affected by the bereavement can participate in the fund and have their contribution recognised. 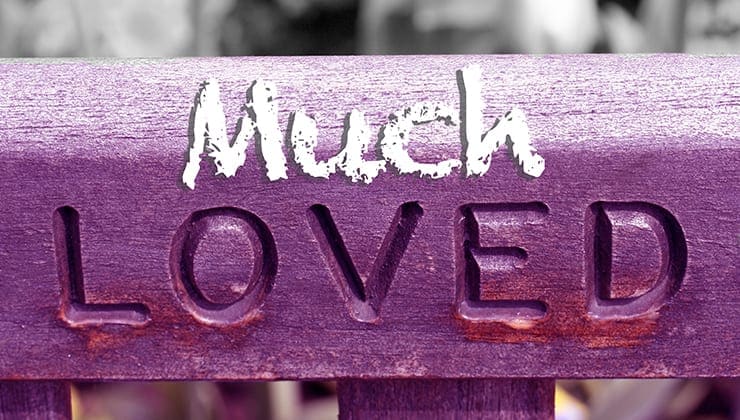 The MND Association give their fund holders special prominence, in a sense treating them like VIP supporters, and they keep in regular individual contact through a member of staff at the charity with a specific responsibility for liaising with and supporting all their Tribute Fund holders.

One of the fascinating thing about Tribute Funds is the wide range of fundraising activities that people will carry out to support their funds. In addition to formal events such as sponsored runs and walks, people organise many personal ‘Do-It-Yourself’ events such as pub quizzes, balloon releases, cake sales and football matches. The beauty of these DIY events is that they can be arranged on special days such as an anniversary and at specific places such as their loved one’s favourite pub!

The funds can benefit bereaved families in many ways, offering a focus for positive action, with schemes often building into substantial amounts creating a sense of purpose and achievement. Often the actual organisation of the fundraising events themselves are an important part of the benefit, with people taking great joy in arranging and promoting an event that is dedicated to and focused on their loved one.

Some charities offer tokens of appreciation and incentives, such as a named plaque or a memorial tree, once the fund reaches a certain level, and over time the fund holders themselves can go on to establish a personal and lasting relationship with the charity.

Importance of Technology and Societal Changes

A more tolerant society, a better understanding of the process of grief and particular events such as Princess Diana’s death have contributed to significant changes in the way we view memorialisation in general. It has become much more normal, even expected, for families to create and share a public tribute, rather than keep to the newspaper announcement and funeral eulogy along with a heavy dose of stiff-upper-lip.

Recent technology changes have also played an important part. You can now freely create and share a Tribute website and easily upload memories and pictures to commemorate your loved one, and these websites can be used as the basis for displaying and updating a Tribute Fund in their honour, with no geographical or time constraints for friends and family to access. 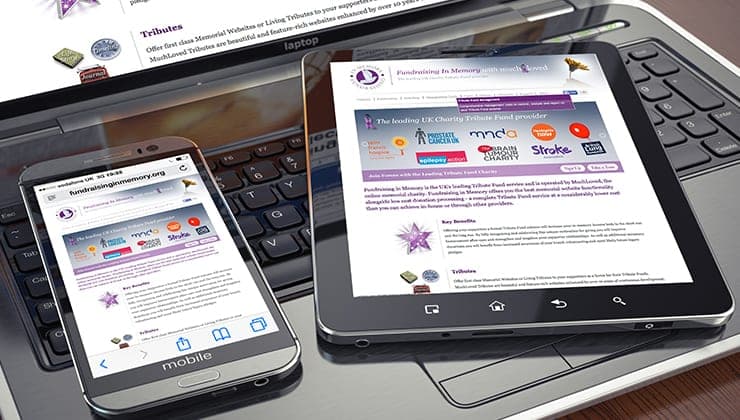 Increasingly, bereaved families are considering establishing a Tribute Fund at or around the time of death, rather than some time afterwards, and so the funeral can become the starting point for the fund, with the funeral collection effectively acting as the first fundraising ‘event’.

As part of this, the Tribute Fund can notify friends and family of the funeral and enable them to donate online which is becoming the chosen method of donating for most people. This certainly helps reduce work for Funeral Directors in having to administer cash and cheques, however it also leads to other benefits such as increased donations and gift aid to the charities.

It also gives family and friends who live further afield or are not attending the funeral the chance to be involved, post messages and donate, even if they can’t be there to say goodbye in person.

All too often after the funeral, the bereavement still can become a rather taboo subject which people find difficult to broach. A Tribute Fund can therefore act as a way of helping people continue to connect with each other about the deceased and keep their memories alive.

Through the establishment of a formal Tribute Fund, many of the families will then go on to raise significant sums of money for the charities, whilst in so doing helping themselves in their own grieving process.

I hope that this article has helped provide some background to the development of charity Tribute Fund schemes and encourages you to support and promote them to your families and clients where appropriate.

What Makes a Funeral Meaningful?