Spare A Thought For Staff At Crematoriums and Cemeteries

In this article, we hear from a funeral celebrant about her experiences and admiration for the cemetery and crematoria techies.

I know, having talked to other directors and celebrants that Penny has been lucky. Others feel that there is a real variety out there, in fact one undertaker described the council staff as bombastic to me today. He definitely felt that the service was generally better at private crematoria than at the council operated ones but as you will read below this is not Penny’s experience at all.

THE BACKROOM BOYS and GIRLS– DON’T WE LOVE THEM!

I’m sure I speak for all other Celebrants, Clerics and Funeral Directors when I applaud this band of technicians. These are the individuals who, on the day, form part of a team working with all disciplines, stepping in and going the extra mile to ensure that funeral services run smoothly. Although it is implicit in their role that they facilitate all aspects of the Funeral Service, including the audio-visual requirements. They also without a shadow of doubt, step up to the mark when circumstances prevent all the immaculate planning of mere human beings! 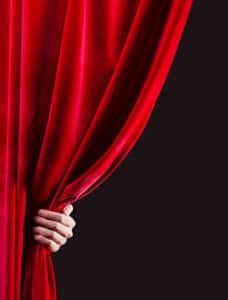 I was motivated to write this article following a particularly testing day; I had stepped in for a fellow celebrant hurt in a road accident. The duty technician – without being prompted-checked the number of verses of a particular hymn on the service sheet vis-a-vis the chosen choral CD because it had not arrived. He then suggested a more suitable version from a selection. It was to be played as a reflective piece and as such was of tremendous importance to the family. He also checked and amended the timing of a further piece of music, as time was a bit tight.

A few weeks before, I had observed him working simultaneously with three Funeral Directors. The Priest for one funeral had misidentified the venue and was going to be substantially delayed. The next service was a committal and as all mourners were present and with the technician’s flexibility and willingness, a swap of times was comfortably made. If that wasn’t enough to contend with, the celebrant for the third service had been stuck in traffic with a crash ahead of him. Everything worked smoothly, even to the point where the delay overall was the ten minutes required for the celebrant for the last funeral to arrive! Happily this situation is rare, yet always a possibility considering the external factors which we can’t always control.

Dealing with other delicate situations:

You only have to indicate to a technician that one of the attendees isn’t welcome in the main body of mourners, and he will take them (usually to the vestry where they are settled) and then quietly guide them into the chapel after others have taken their seats.

At a burial, I have sighed with relief as they have eased a casket into a space dug for a coffin, when the family had a last minute change of heart.

On the rare occasion when I have omitted to announce a piece of music and moved on to the family’s acknowledgments, the technician has bravely begun to play according to the order of service I issued to him.

The winter before last, I battled early through snow and ice, badly spraining an ankle to be welcomed by the crematorium technician at Anfield in Merseyside, with tea and toast at 8.30am to combat the shock and the cold.

When there is a special circumstance, for example where a family member is to sing the entrance song, a quick intro to the technician ensures a well-coordinated start to their choral delivery. 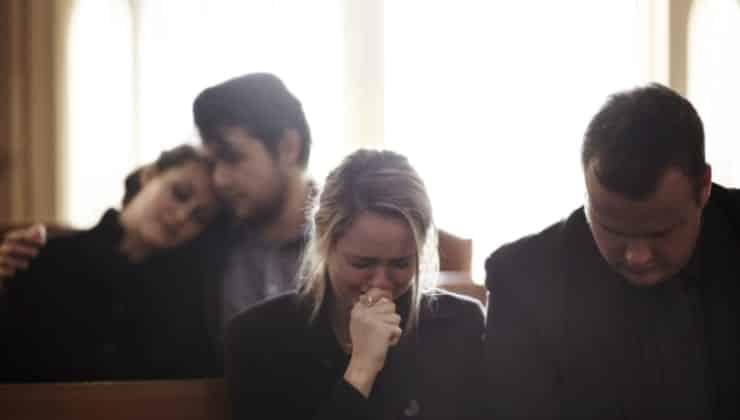 I have gratefully witnessed them getting rid of motorists trying to squeeze their car past the hearse, just as the bier is being wheeled forward, only to find that these disrespectful drivers are only there to use the facilities and not there for a funeral!

I have proudly watched them stand and speak at our annual out-door Ecumenical Sunday Service for the Bereaved and I have watched them witness the interment of ashes with genuine respect and empathy for the family.

Finally, each time they come forward, having started the playing of the processional music; dressed in their best to meet the Funeral Cortege, checking the details and assisting in conveying the deceased if required, I have a little picture in my head, of the days when they could also be in their overalls, cutting down tree branches, mowing lawns or of course ensuring the safe operation of the cremators.

These kind and compassionate individuals often acquire their position having worked in other departments for the Council. They often learn from others in the role and of course will be taught proficiency in operating the cremators, and their role also requires them to prepare the chapel prior to each funeral and to ensure the smooth running of the service itself. Mourners won’t recognise them as other than part of the Funeral team, they blend so well and go about their work with quiet commitment. We have well-placed faith in their ability and when we thank them at the end of a service, we mean it more than words can ever say…..thank you so much.

Facebook
Twitter
Linkedin
Previous articleHow I Said Goodbye To My Son, Oscar
Next articleWendy Clarkson: The Privilege of Being A Celebrant
- Advertisement -