I’m often asked this question when I tell people what I do. And my answer is generally along the lines of “it’s whatever works for you”. Unsatisfactory and unspecific I know, but this is the truthful answer.

My name is Fran Hall and I am the CEO of the Good Funeral Guide (a very grand title which disguises the fact that we don’t have any staff or premises and I basically do everything that needs doing!)

The Good Funeral Guide was set up back in 2008 by the eminent Charles Cowling, and is a not-for-profit, community interest company. It’s a website, a blog, a book (now out of print but still available on Amazon) and a consumer advice organisation which is dedicated to helping people make better choices when it comes to organising funerals. It’s a champion of excellence, and a relentless critic of bad practice. 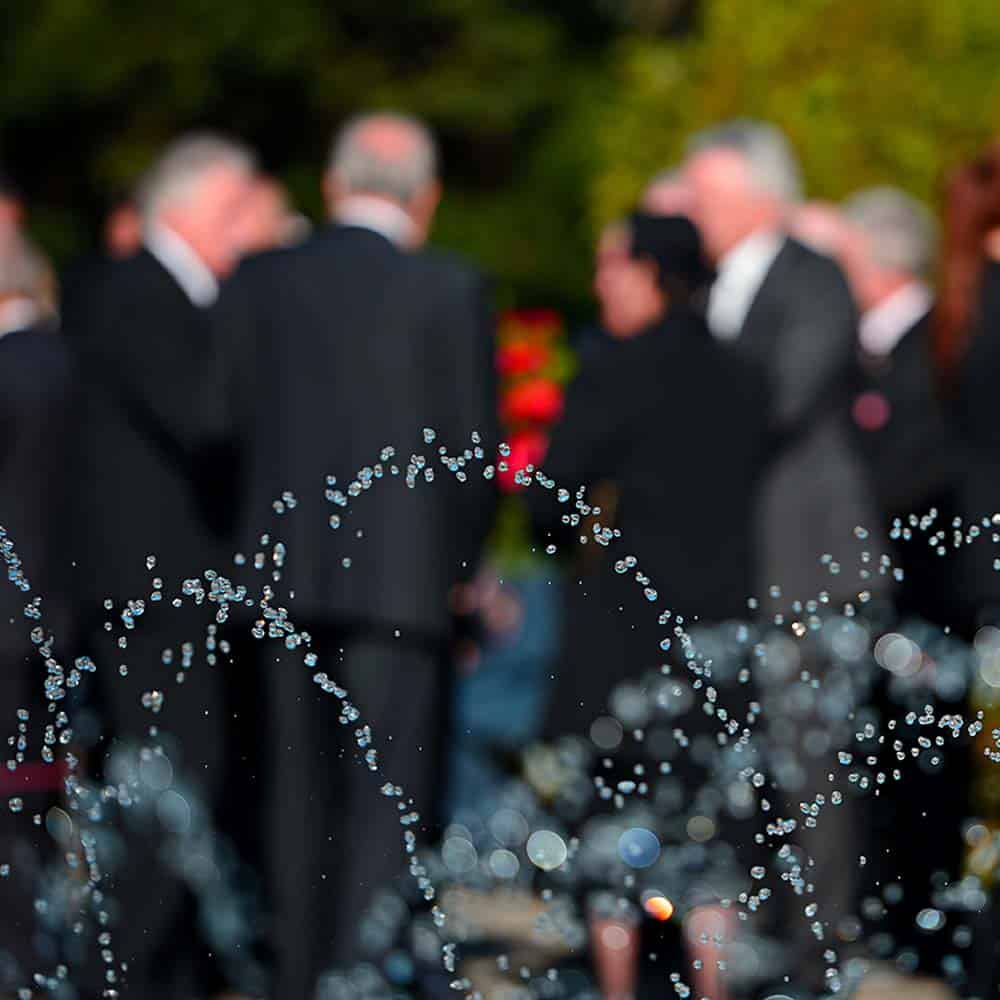 It’s independent, opinionated and influential, and I am hugely proud to represent a whole movement of people who are determined to improve the way that we do funerals here in the UK in the 21st century.

What makes a good funeral?

As a society, we’ve got ourselves in a bit of a muddle with funerals. It used to be so much simpler – and not that long ago. When I was a working funeral director, just 20 years back, most people simply did what their family had always done. There wasn’t much choice and unless a family was absolutely determined to do something unique and specific, funerals followed much of the same pattern. When someone died, you’d ring the local undertaker. Then you’d make an appointment to go and see them, and they’d sort out the funeral for you.

The funeral arrangements tended to involve ringing the local vicar, booking the local church if you were a particularly church-going family, booking a ‘slot at the local crematorium if you weren’t, a decision about whether to bury or cremate the person who’d died, a coffin chosen in either light or dark wood (often a decision influenced by the preference for furniture – ‘he loved that mahogany sideboard’) and a number of following limousines decided according to family size or the desire for a traffic-stopping procession of shiny black cars.

The type and style of flowers were often the most important decisions made during a funeral arrangement. That and where to hold the reception afterwards.

This was what people expected. This is what a funeral was. Unless the vicar got the dead person’s name wrong, or the pall bearers struggled to keep the coffin on their shoulders, people were generally content with ‘a lovely send-off’, and nobody questioned whether it had been a good funeral or not. It was just a funeral.

And then it all changed. I think it was the internet that did it. That and the drop off in numbers attending church. In an increasingly diverse and secular society, the long-accepted style of funeral began to become less satisfactory, less meaningful, less relevant – less popular.

Civil celebrants appeared on the scene – non-religious ceremony leaders who created funerals that were about the person, with a hymn or prayer included if that’s what the family wanted (unlike the Humanist celebrants who had hitherto been the alternative to the churchy funerals and who, back then, would not have even a whiff of religious sentiment included in a ceremony).

Gradually the options put in front of bereaved people expanded. The funeral industry responded to the changing landscape by offering more and more choice. Now, if you need to arrange a funeral, you can be faced with a bewildering selection of coffins, vehicles, venues, types of ceremony, dress codes. There are endless decisions that need to be made, all at a time when many people are exhausted, distressed and grieving.

Choice is the new catchword. And it all comes with a price tag.

The cost of funerals has risen relentlessly over the last two decades, far above the rate of inflation, driven mainly by large corporate companies seeing a dependable source of income from the inevitable need for funerals.

Today, in our pressurised, fast-moving world, funerals are something of an anachronism. They’ve become an odd mishmash of the past and the present, often juxtaposing a smartly dressed celebrant, a funeral director decked out in faux-Victorian uniform complete with top hat and cane, gas-guzzling expensive funeral cars and a cardboard coffin, with mourners not sure whether to come along wearing black clothes and sombre faces or to be prepared for a life-affirming ‘celebration’.

We’re in a time of transition. A funeral is whatever you want it to be. Which makes a good funeral one that does what you need it to do.

If you need inspiration or guidance, the Good Funeral Guide is there to help you work out what that might be. Have a look at our website

I’m often asked this question when I tell people what I do. And my

answer is generally along the lines of “it’s whatever works for you”.

Unsatisfactory and unspecific I know, but this is the truthful answer.