A Family Say The Most Natural Goodbye

Gordon Tulley has forwarded the following account from the family of  William Howland.  We would all like to thank  William’s family for allowing us to share their funeral experience with More to Death readers.

William  in life was a strong, fit, powerful man – both physically and mentally.  He died of bone cancer at the age of 70. Binky his wife, Caroline his ex-partner, and his two children Matthew and Flossy, worked together as a family, not only to help him die well but to provide a funeral that felt right for them. 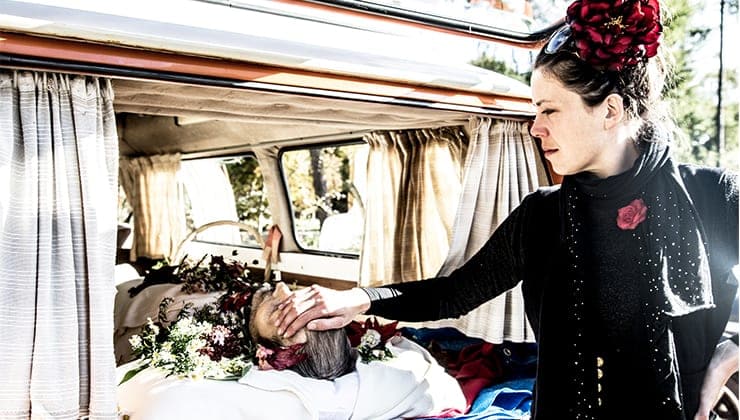 After a short spell in hospital where it became evident that his bone cancer had moved into ‘end’ stage, Will was moved into a Hospice in  Windsor.  He became unconscious after a week and remained in that state for 6 days before dying. The  family were together for those six days which gave them time to plan and decide what they wanted to do.

Caroline Barnett, a humanist funeral celebrant, had talked to Will about a month previously about what he wanted to happen.  He said he would like to be as ‘Eco’  as possible and did not want a funeral but a ‘bloody great bash’ afterwards.

With this in mind the family found a natural woodland burial  ground  through the NDC and bought a plot underneath an oak tree, son Matthew bought the adjacent plot as part of a long term investment!  They decided on one of Gordon’s natural shrouds, feeling it was the greenest way forward. Matthew made a board of untreated wood to fit into it.

They were concerned that the body might decompose and Gordon recommended they contact Simon Rothwell at Flexmort (www.flexmort.com), who supplied a chiller blanket and insulating cover – this system avoids the need for a refrigerated room (a great innovation developed initially for use in hospitals).

In the meantime they hired an orange VW campervan, identical to one used by the family for years of holidays. 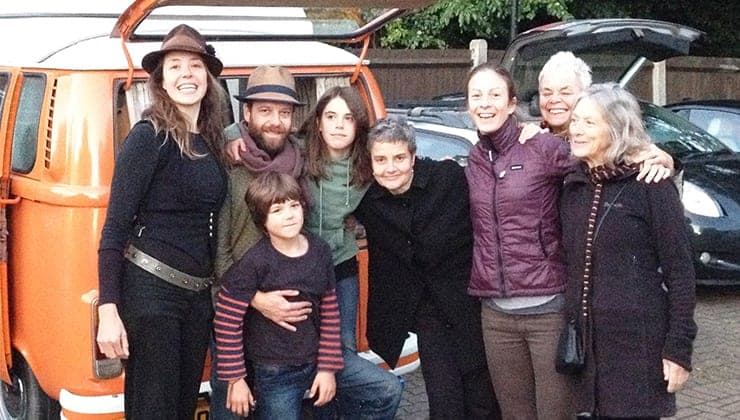 They  informed  the  Hospice  of  their  Direct It Yourself plans and although surprised, as no one had done this before, they went into overdrive to help make it happen: booking an appointment to see the registrar to get the green burial form and arranging for a nurse to help when collecting William’s body. Gently wrapping him in the shroud and carrying him to the van they drove him home and put the Flexmort blanket on while he spent the night in the van.

The family of 11 had an Indian takeaway meal and lit an outdoor fire by the van.  The next morning in glorious sunshine the back of the van was opened and the children – rather nervously at first – stroked his face, did his hair and arranged their flowers around him – they had prepared wild flowers from the garden.

At midday they set off in convoy to the burial site, and carried William through the woods to the prepared graveside.

Several people spoke – and cried – about William before lowering him into the ground – accompanied by apple brandy and Bob Dylan. The kids sat around the edge of the grave, and threw flowers and moss to cover William. They even lowered William’s grandson into the grave by his feet to perfectly adjust his final message! 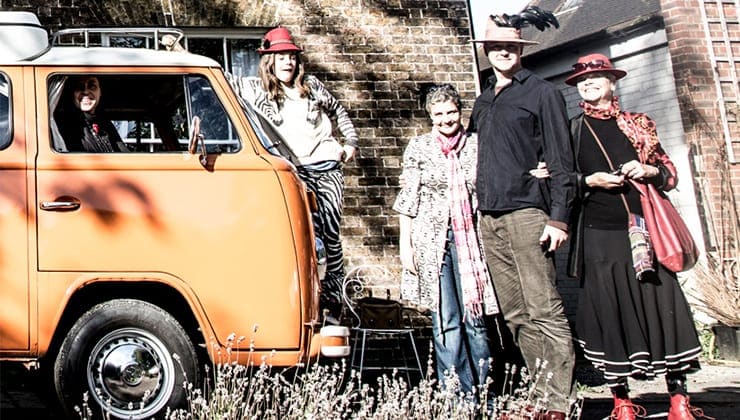 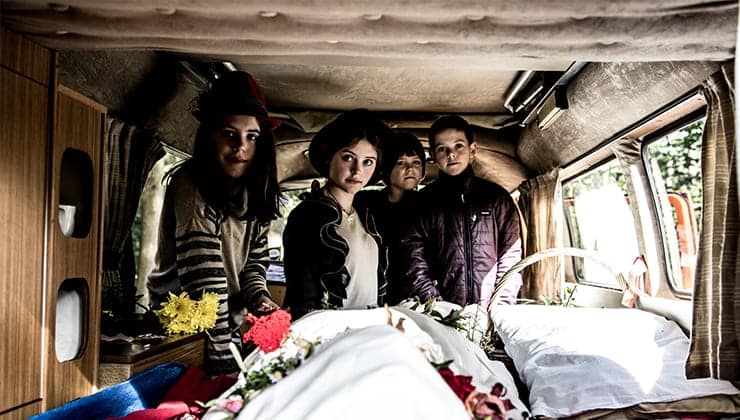 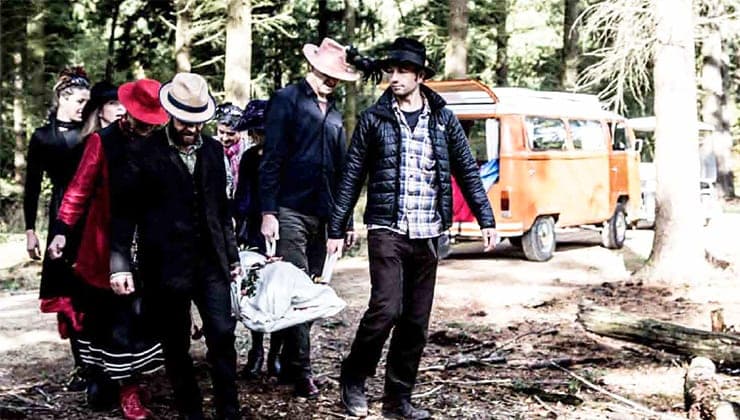 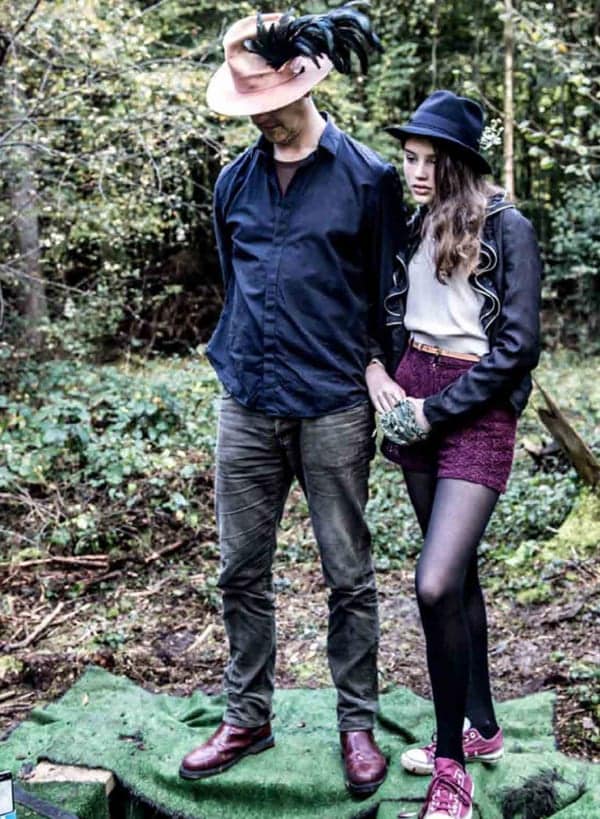 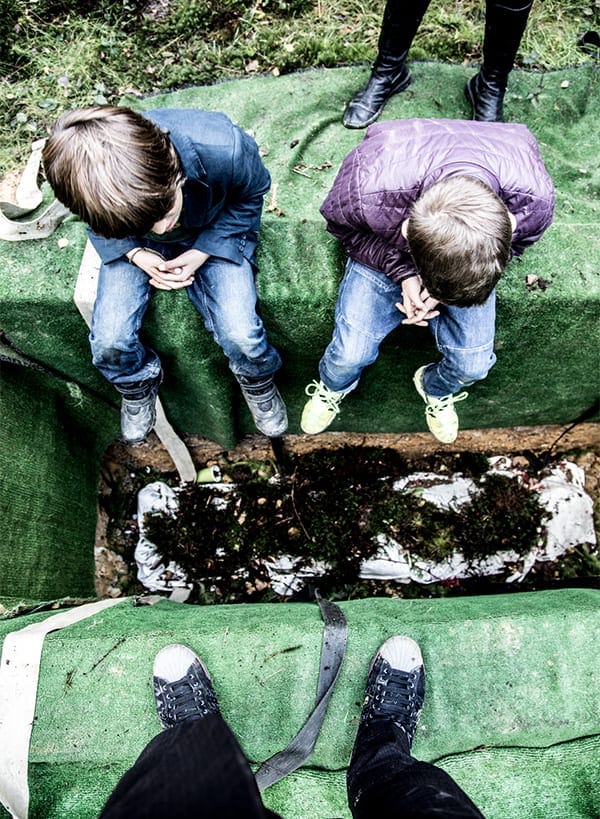 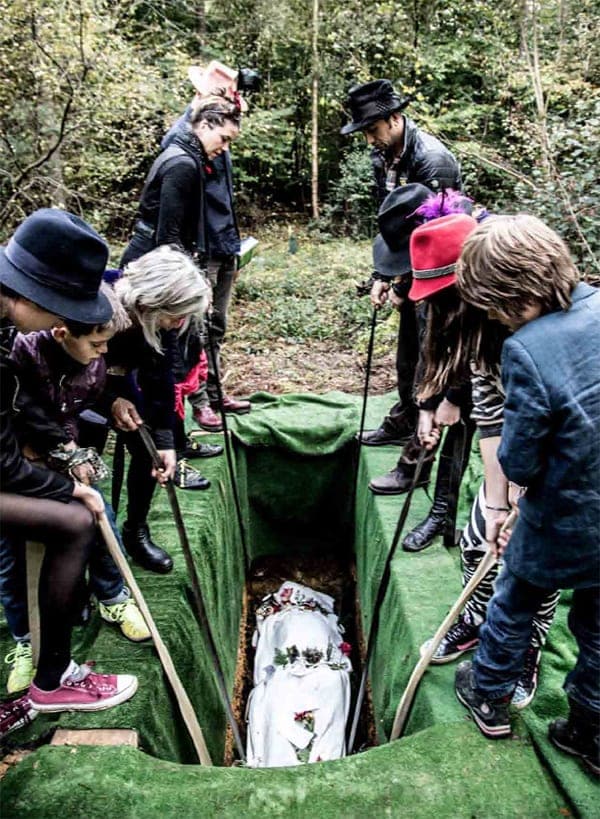 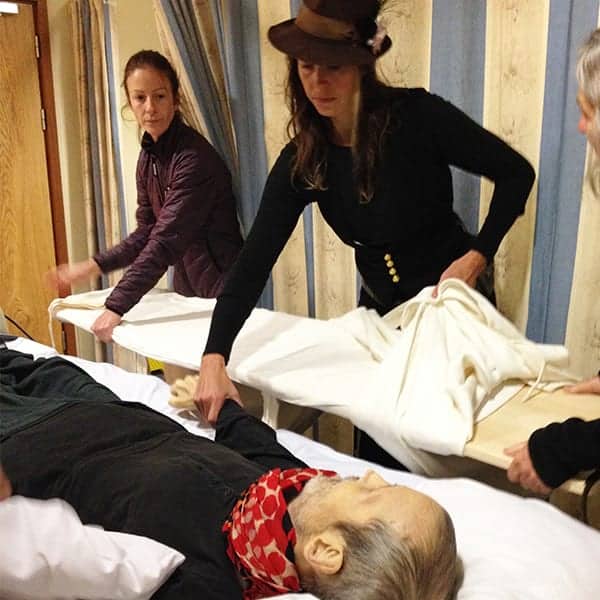 We hope you agree that this is a most wonderful account of a loving farewell and again wish to highlight our thanks to William’s family for sharing this very personal occasion with us all.